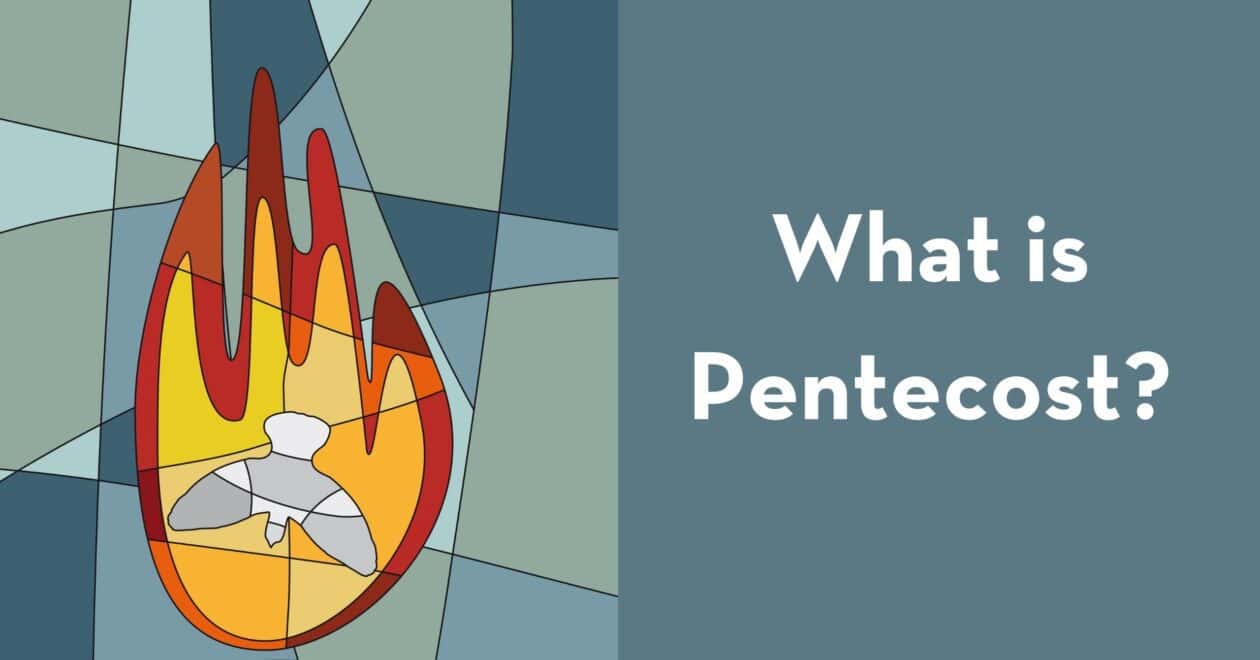 Our kids had a fun party to celebrate the birthday of the church yesterday and they asked some great questions about Pentecost. We thought we’d share them (and the answers) with you!

After his suffering and death, he appeared to them. In many ways he proved that he was alive. He appeared to them over a period of 40 days. During that time he spoke about God’s kingdom. (Acts 1:3)

Jesus told his disciples that he was going to heaven and that they should wait for the gift that God would send.

4 One day Jesus was eating with them. He gave them a command. “Do not leave Jerusalem,” he said. “Wait for the gift my Father promised. You have heard me talk about it. 5 John baptized with water. But in a few days you will be baptized with the Holy Spirit.” (Acts 1:4-5)

Then, Jesus returned to heaven.

9 After Jesus said this, he was taken up to heaven. The apostles watched until a cloud hid him from their sight. (Acts 1:9)

Acts 2 tells us what happened on Pentecost as the disciples waited for the gift.

When the day of Pentecost came, all the believers gathered in one place. 2 Suddenly a sound came from heaven. It was like a strong wind blowing. It filled the whole house where they were sitting. 3 They saw something that looked like fire in the shape of tongues. The flames separated and came to rest on each of them. 4 All of them were filled with the Holy Spirit. They began to speak in languages they had not known before. The Spirit gave them the ability to do this. (Acts 2:1-4)

There was a loud sound like strong wind, maybe it sounded like a tornado. Then, there was fire in shape of tongues that rested on each one of the disciples in the house. They were all filled with the Holy Spirit. They were like an empty balloon being filled with air. Their bodies did not get bigger, but their spirits were filled with POWER. This gave them the ability to speak languages they had never spoken before, like if you could suddenly speak Japanese and understand what you were saying!

That is what God wants to do for us.

He wants us to know the LOVE he has for us. God loved us so much that he sent his son, Jesus to pay the price for our sins. (John 3:16). And God wants to give us POWER to share the Good News and do things for him that we could never do on our own.

8 But you will receive power when the Holy Spirit comes on you. Then you will tell people about me in Jerusalem, and in all Judea and Samaria. And you will even tell other people about me from one end of the earth to the other. (Acts 1:8)

Pentecost is known as the day that the Church was born. With the power of the Holy Spirit, the disciples were able to tell others about Jesus and form a community of Jesus Followers.

The color for Pentecost is Red, symbolizing POWER or FIRE. Each year on Pentecost Sunday (seven weeks after Easter), we should celebrate the BIRTHDAY of the Church! Have a birthday cupcake with a red candle and red balloons to remember the beginning of the church and celebrate the power that God gives us through the Holy Spirit.

How old is the Church?

Put simply, the modern system for counting years was created to count year zero as the year that Jesus died. Every year after that were counted 1, 2, 3, A.D. (after the death of Christ). So if we are in the year of 2017, then the church would be 2017 years old. This is not exactly right, there is a lot of math and astronomy involved, but it is close enough for us to know that the Church is alive and well more than 2000 years after Pentecost!