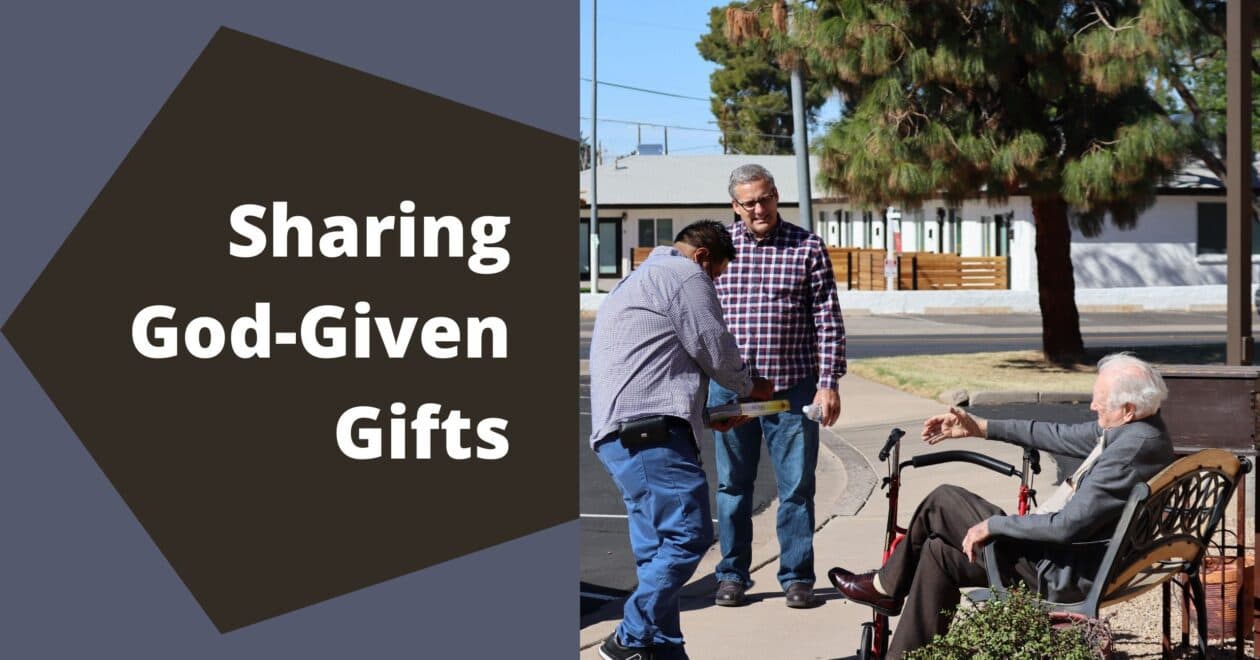 In the Old Testament, we read the story of the building of Solomon’s temple. In it, the people of God contributed their gifts and talents to construct their place of worship, to accomplish God’s will. We have a similar, talented professional in our midst faith family member and architect, Glenn McCollum.

On Saturday, May 15 at 9 AM members of Chandler City Council will induct him into Celebration Plaza at Tumbleweed Park for his architectural contributions in and around Chandler. Glenn McCollum designed over 500 structures including one of the Chandler City Hall buildings and Chandler First Church of the Nazarene.

Chandler Nazarene drummer, Mark Vinson (and a talented architect himself) shares an excerpt and photos from his book, “And Tiko-Tu: The Midcentury Architecture of Greater Phoenix’ East Valley.” Mark said that Glenn is one of his architectural heroes.

Recently described as a “tall, distinguished gentleman who looks like a classic movie star,” Glenn McCollum is known as a Chandler resident and dedicated family man. He is significant as an architect in Chandler, as well as the East Valley and beyond.

Born in Chanute, Kansas on July 11, 1926, Glenn Albert McCollum made his way to Arizona after World War II to visit a friend. He met his future wife, Ila Bearden, while visiting that friend in Chandler.  After Ila graduated from Chandler High School, they married on July 29, 1947.  McCollum was on the GI Bill and graduated from Phoenix College and went on to study architecture as Arizona State College (now Arizona State University).

Living and working in Chandler, McCollum had his own firm.  He was active in the local community, including serving on the Maricopa County Growth and Planning Committee with the Chandler mayor in 1955.  He served on the City Council, and in the Rotary and Lions Clubs. He lived in the home he designed in the Carla Vista neighborhood and had an office at 77 W. Chicago Street.

McCollum served on the building committee and as the architect of the Chandler First Church of the Nazarene.  That 10-year project was significant in that it was his home church and he lived nearby.  He also designed the Holy Trinity Lutheran Church in Chandler, just down the street from his home at 441 N. Evergreen.  He was the architect for Papago Plaza in Scottsdale in the late 1950s.  He designed one of the fraternity houses, Sigma Alpha Epsilon, on the campus of the new Arizona State University when the Arizona Board of Regents commissioned local architects to contribute to Greek Row, beginning in 1960. In the early 1960s, McCollum designed a diamond processing plant in Chandler for internationally-known jeweler Harry Winston.  A significant project that has now disappeared is Tri-City Mall in Mesa.  It opened in 1968 as the East Valley’s first fully-enclosed regional shopping center.  It closed in 1998 and was demolished in the early 2000s.

A member of the American Institute of Architects from 1958-1978, McCollum’s work seemed to indicate a division between commercial designs, which tended toward Miesian modernism, and his religious and residential projects, typically expressed in Contemporary fashion.  Other projects credited to McCollum include WesTown Shopping City in Phoenix, Papago Medical Building in Scottsdale, some additions to the San Marcos Golf Resort, as well as schools, churches, and homes.  He also dabbled in development, as one of the incorporators of the Posada Development Company in 1970.

McCollum was prolific in his own community.  As one of his daughters, Glenna McCollum-Cloud observed, “I can’t drive through Chandler without seeing one of my father’s buildings.”