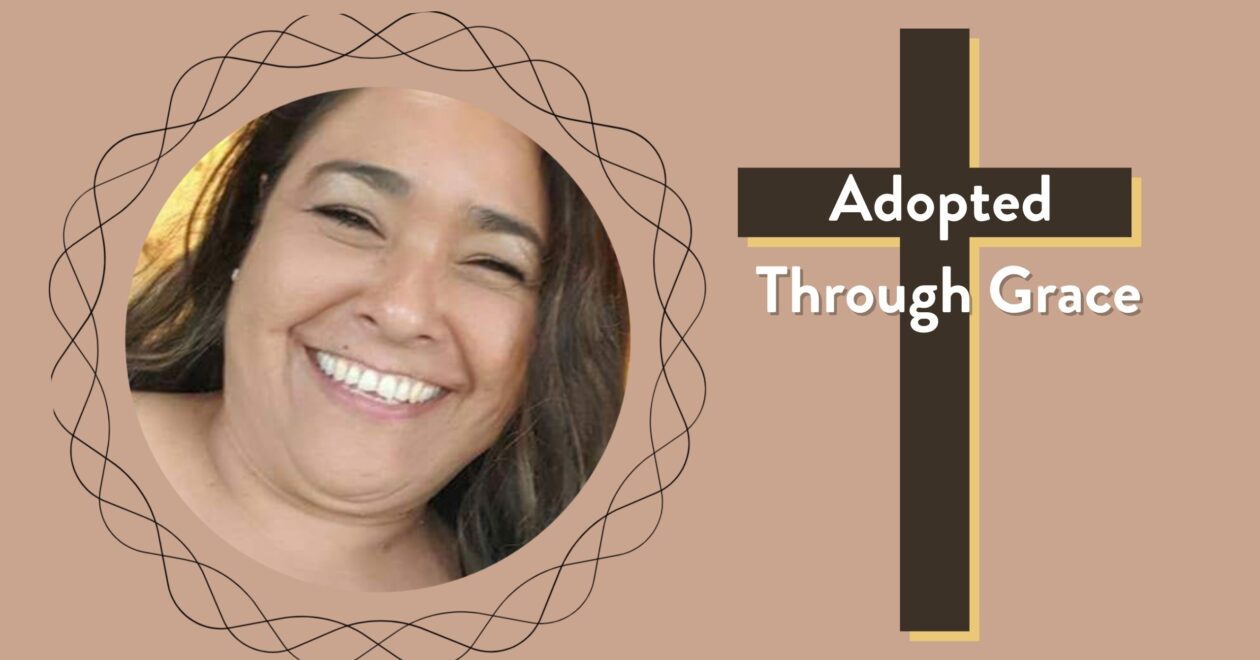 This story is about a girl who was born into a very dysfunctional family. When I say dysfunctional, I mean a couple who was not able to care for her as any child should be cared for.

Her parents both were not emotionally, mentally, and resourcefully able. Her mother did not want her, and her father was not able to care for her. They both struggled with alcohol and drug abuse. She was passed around from her grandmother to her aunt, then to her father and back to her mother until she was 5.

She had no emotional connection to her mother and even though she had one with her father, she was not able to receive any more of his love for 16 years. She never saw him until she was 19 because her mother left the state and her father could not find them.

This little girl grew up feeling as if she didn’t belong or have anyone. She was neglected and rejected by her immediate family. She was the only girl (with 3 brothers), a middle child, and the one expected to clean, cook, and do for everyone else. She was an outcast, a nobody, a reject…just a person who could convenience the needs of others (that what it felt like inside).

She saw herself as an orphan, just trying to make it in life.

She was always drawn to God and His people, as she felt lots of comfort with the beautiful senior ladies in the church who loved on her often.

So, she would do her chores, complete her homework, and try so desperately to please her mother by waiting on her brothers, just so she could continue attending the 3 churches she knew. Her childhood happy days were found in the church, until her mother moved the family to another part of town, then she could no longer attend 2 of the churches.

One of the churches she could still attend was a major disappointment; the pastor did not defend or protect her from an abusive person who had physically hurt her. She was discouraged, 15 years old, and vowed to never attend church again. She felt like she did not belong in church.

Years later, after her son was born and he was a toddler, she was reminded about how, when she was young, she never really had any dreams about who she wanted to be when she grew up. She had no one to encourage her and no aspirations or goals for her life. She aimlessly fell into a life of crime, drug addiction, immoral living, worldly pleasures, and homelessness.

After a couple of years, she managed to get clean for a while. Welfare sent her to get an education and she became and x-ray tech. She was able to have some stability for a while.

As she was making a decent salary, she started drinking and clubbing and eventually drugs came on the scene once again.

This was a terrible move because this time, she fell even harder. Homeless AGAIN, alcohol every weekend, and criminal activity started after she lost her job. Her addiction to drugs consumed her life so much that she could not go a day without it. It began as a recreational thing, then increased to every weekend. She soon needed the drug daily to function. She ended up in jail 6 times in one year, catching some drug felonies. Eventually her x-ray license expired and the felonies kept her from getting it renewed. But losing everything, having abusive relationships, and sleeping in the park did not wake her up.

She was awakened by the prevenient grace of God in her life when she realized she was pregnant. She believed that this baby was a gift from God and that she needed to let God change her life. She was happy yet concerned, so she prayed and asked God to help her. She told him that the baby did not deserve to enter this world with a homeless mother on drugs. God helped her right away. The same day she prayed to Him, He led her to walk right out of the drug house and she followed Him.

She went to a city mission and agreed to attend their church service. But immediately she knew she needed a church that would teach her and build her. She had such a hunger and thirst for God’s presence. So, she said this prayer;

God, please help me find a church. I need a church that YOU want me to be in. Where I could get strong and never fall back again. This baby doesn’t deserve this kind of life and I need help. I want to learn how to live right. I want a normal life. I want to be the mom my kids need.

Not even 2 minutes later (as she and her son came to the end of the block) a church bus stopped right in front of them. She yelled for the driver and asked if they were going or coming from church. The driver said they were headed to the worship service and the lady asked if her and her son could go. The driver answered, “sure hop on.” And there they went. Her son was a little upset because he was hungry. And as she noticed his mopey face, she put her arm around him and a verse that she remembered as a kid came forth thru her mouth.

Seek first the kingdom of God and all His righteousness and all these things will be added unto you. (Matthew 6:3)

As the bus entered the parking lot joy filled her heart as she noticed the name of that church. The sign read: New Beginnings Church of the Nazarene, and because this all appeared right after her prayer, she knew this must be the church for her. So she entered with confidence and learned as much as she could, about God, herself, and about a sanctified life in Christ.

Eight years later she continued her education, at Nazarene Bible College and received a Bachelor’s degree, in Pastoral Ministries. She has been working for His glory since answering the call of God upon her life. Today she is inspired to reach for others who are where she used to be. Witnessing souls being saved and changed by God’s grace is her extreme delight.

All her life she had encountered dead ends when searching for love acceptance. Even in some churches the love was not available – as a kid and an adult.

But God has loved her with an everlasting love. He has restored her by calling her out of darkness. He has transformed her by giving her a new heart and spirit. She has never turned back to practice a life of sin since the day she walked out of that drug house, and today she continues to choose Christ by abiding in Him.

This girl, this young lady, who the Lord has set free, this story of redemption, grace, hope, love, and adoption into the family of God, is me, Pastor Irene Amador. I stand today full of gratitude and love.

I am a child of God!

And the tiny baby vessel, as tiny as a mustard seed/pollywog, is my daughter Alicia. God used her existence to draw me to Himself. To open my heart with a desire to change, to live for Him, and to follow Him all the days of my life.

If you are struggling to find love and acceptance…

If you are walking in darkness and need to find light…

If you are feeling hopeless and weighed down…

Let us pray for you, embrace you into our faith family, show you God’s kind of love, and walk with you in faith and hope. You can contact Pastor Irene directly at pastorirene@chandlernazarene.org or share a prayer request on our prayer wall.